What is the Mixed Member Proportional voting system?

In Mixed Member Proportional (MMP) there are two types of MLAs. District MLAs represent electoral districts and are elected using First Past the Post. Regional MLAs represent groups of electoral districts called regions. They are elected from a party list so that each party’s share of seats in the legislature roughly matches its share of the province-wide popular vote. 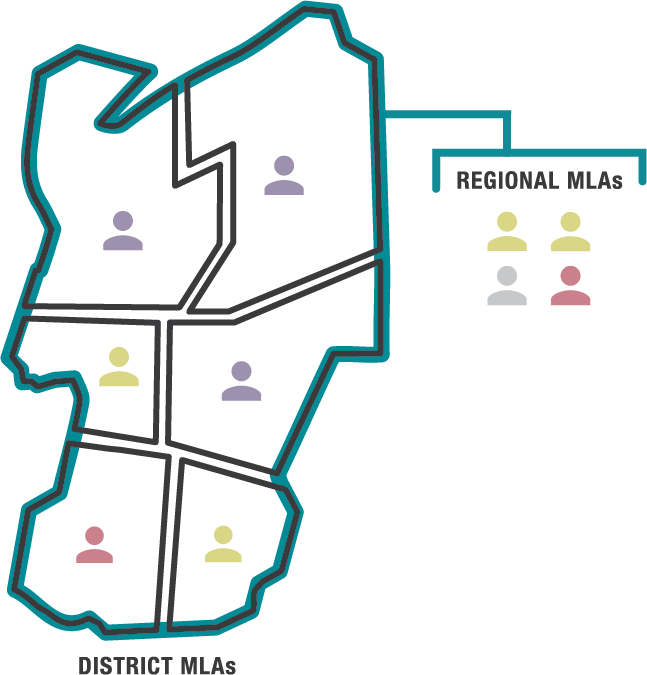 Regional seats are allocated to parties within defined regions, not the province as a whole. District seats and regional seats – added together – roughly match the party’s share of the vote. A party must get at least five percent of the vote to get any regional seats.

In some forms of MMP, voters have two separate votes: one for a district candidate and one for a party. In other forms, voters cast one vote for a candidate that also counts for the candidate’s party. If MMP is adopted, a legislative committee will decide after the referendum if voters have one vote or two. 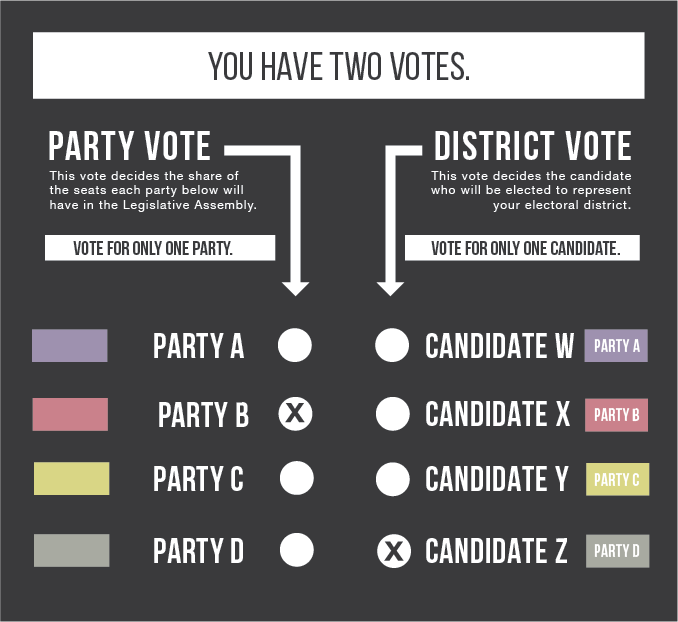 MMP is used in a number of countries at the national or sub-national level, including Germany, New Zealand and Scotland.