What is the Dual Member Proportional voting system?

In Dual Member Proportional (DMP), most electoral districts are combined with a neighbouring district and represented by two Members of the Legislative Assembly (MLAs). The largest rural districts continue to have one MLA elected by getting the most votes. The graphic below illustrates how districts would be combined in an example jurisdiction. 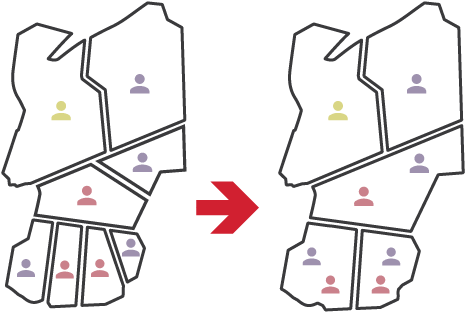 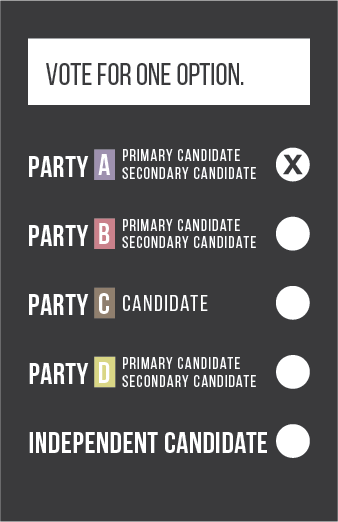 Second seats go to parties so that each party’s share of seats in the legislature roughly matches its share of the province-wide popular vote. A party’s second seats are filled in districts where its candidates did particularly well. Parties need at least five percent of the vote to get any second seats.

DMP was recently developed in Canada and is not currently in use.