Elections BC > News > Voter Registration Notices are in the Mail

Voter Registration Notices are in the Mail

VICTORIA – Voter registration notices are being sent across British Columbia starting today, marking the beginning of Elections BC’s efforts to update the voters list before the 2017 Provincial General Election.

“We’re mailing over 1.9 million notices across the province to ask eligible voters to register to vote or update their voter information,” says Keith Archer, B.C.’s Chief Electoral Officer. “Registering to vote is easy online at elections.bc.ca/ovr, or by calling 1-800-661-8683.”

The notices also indicate the new electoral district for each voter, which will come into effect when the election is called. There will be 87 electoral districts for this election, up from the current 85. More information about the new districts, including an interactive digital map showing their boundaries, is available at elections.bc.ca/resources/maps.

Starting on March 8, Elections BC will actively look to register voters throughout the province. Registration drives will be held at high traffic locations in each electoral district, including shopping malls, community centres, and at every post-secondary campus in B.C. Enumerators will make door-to-door visits in selected high mobility neighbourhoods, new subdivisions and residential complexes.

“We want to ensure the voting process is as accessible as possible,” says Archer. “Updating the voters list is an important part of that goal.”

Voters registered before the election is called will receive a Where to Vote card from Elections BC, making the voting process faster and easier. Registration online and by phone is open until midnight on April 11, 2017. 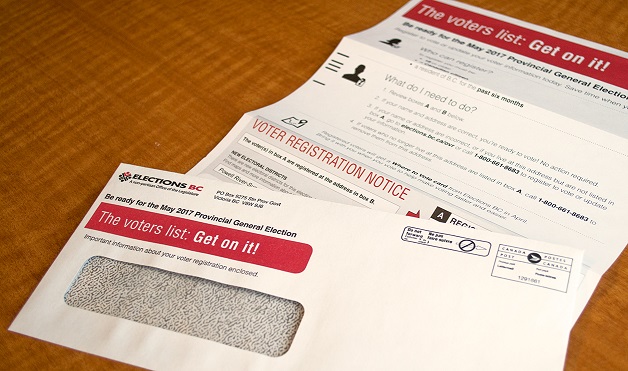 Elections BC is the independent, non-partisan Office of the Legislature responsible for administering electoral processes in British Columbia under the Election Act, Local Elections Campaign Financing Act, Recall and Initiative Act and Referendum Act.

Why does Elections BC conduct enumerations?